A brief background to ISSF

The ISSF had its beginnings in 1907 in Switzerland. Over the years it has had several name changes and in 1992 finally became known as the International Shooting Sport Federation. It is the only organisation recognised by the International Olympic Committee as being responsible for all amateur international shooting competitions.

There are a range of matches with something to suit everyone, from precision to rapid fire. All ISSF matches can be shot by men and women, because unlike many sports, physique and strength are not an issue, so everyone competes equally. A grading system is used, so if competing in competitions you will be competing against people of equal ability, and as with all shooting disciplines, safety is paramount at all times.

25m Centre Fire Pistol: This match is identical to the 25m Pistol match, except that the pistols and revolvers fire larger, more powerful .32 to .38 calibre centre fire cartridges. Both matches are usually shot on the same range at the same time.

50m Pistol: (Originally known as Free Pistol) 60 shots, using a .22LR single shot pistol. This is shot at the greater distance of 50 metres.

Are there other matches shot in this Section?

We have matches that are tailored to senior members. These matches are shot over half the distance, and with half as many shots. There is also a Black Powder Match and a modified 25yd Service Match. All of these matches are very popular.

What facilities does the ISSF Section offer its members? 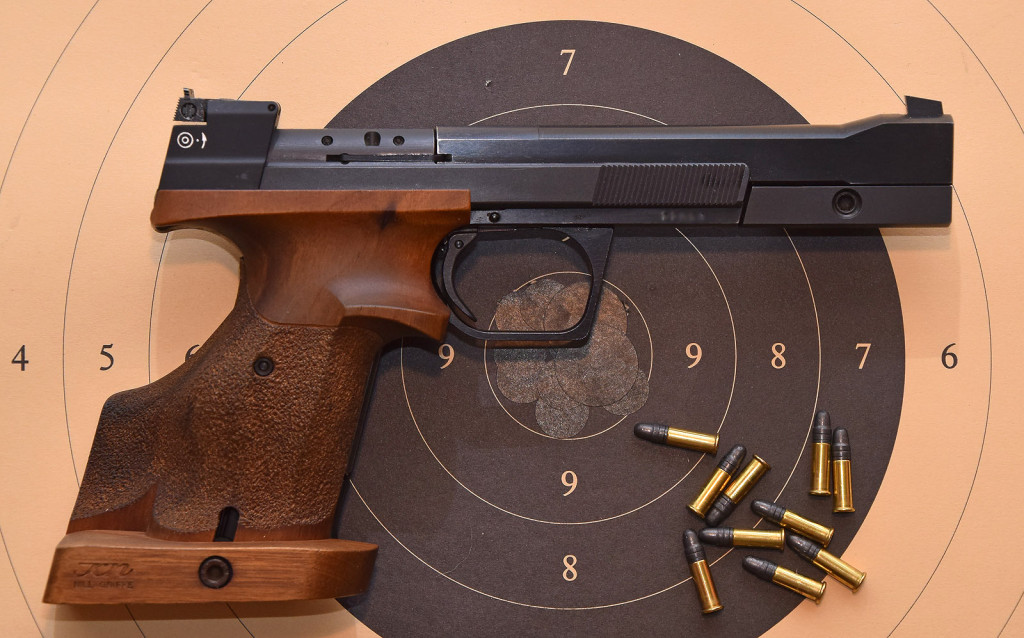 It’s your choice how seriously you want to compete. It can be at Club, State, National or International level, or you can simply shoot for fun. In most ISSF matches .22LR pistols or revolvers are used, which use relatively cheap rimfire ammunition that doesn’t require reloading. We are a family friendly, supportive section and welcome new shooters and enquiries. So phone or come along and have a chat with our friendly co-ordinators, and see what our ISSF Section has to offer.