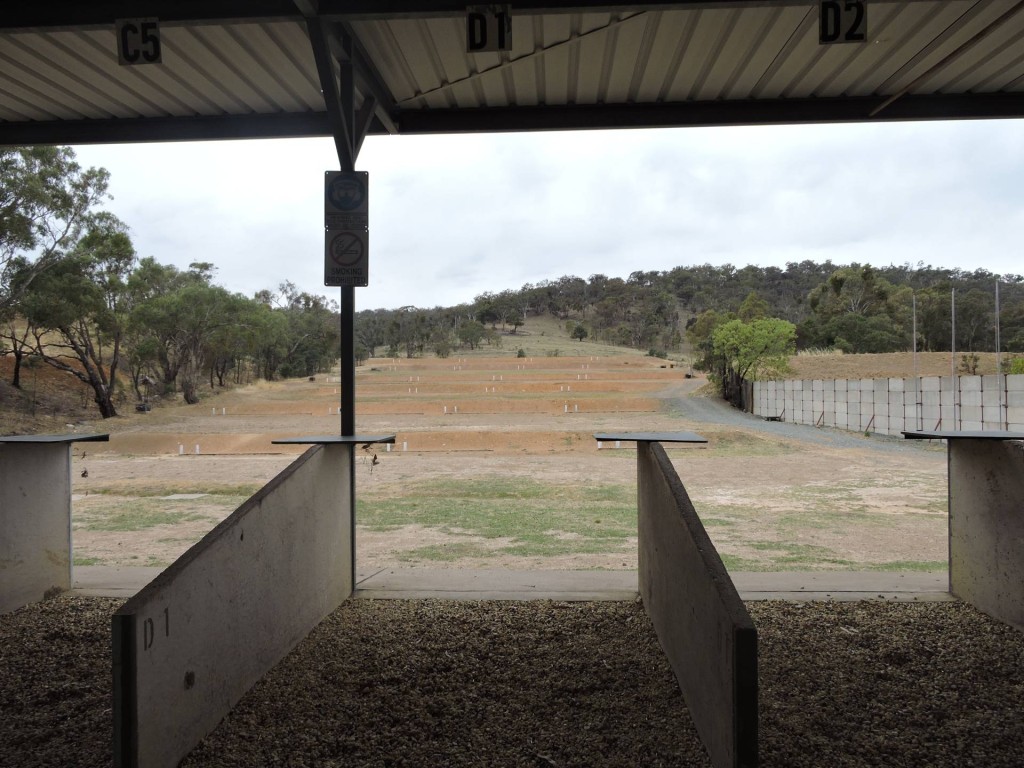 Metallic silhouette shooting is a group of target shooting disciplines that involves shooting at steel targets representing game animals at varying distances, seeking to knock the metal target over.The targets used are rams, turkeys, pigs, and chickens, which are cut to different scales and set at certain distances from the shooter depending on the specific discipline.

Targets are set up in groups of five of each kind, with a silhouette’s width between targets, laid out at the required distances for the given match. Each group of targets must be shot left to right; if a target is missed then the next shot is taken at the next target. Any target hit out of order is considered a miss. Targets are engaged in order of distance: chickens, pigs, turkeys, rams. The target must be knocked down or pushed off the target stand in order to score a hit; even a shot ricocheting off the ground in front of the target will count if it takes down the correct target. Shooters are allowed to have a spotter with them, who watches where the shots land and advises the shooter on corrections to make.

All disciplines require a minimum of 10 shots at each type of target, for a minimum of 40 shots per match; normal matches are 40, 60, 80, or 120 shots. To score a hit, the target must be knocked off its stand, so each cartridge used must provide sufficient momentum to knock the heavy metal targets over. Scores are recorded as the number of hits per rounds fired, so 30 hits with 40 shots is a score of 30×40.

SSPC also offers Metallic Silhouette – Field Pistol matches in which competitors use a variety of handguns up to and including 45 calibres at distances of up to 100m. The targets are scale down replicas of the full-sized chickens, pigs, turkeys and rams employed in the 200m Metallic Silhouette matches. Competitors fire from the standing position.

For information contact the Field Pistol coordinator at coord_field@sspcact.org.au